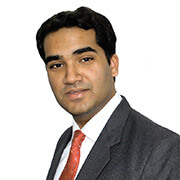 Siddhaant studied International Relations at the London School of Economics and Political Science (LSE). Having lived, studied & worked in 7 countries, he has experience of dealing with clients across diverse conditions, sectors and geographies, particularly on cross border projects involving India.

He has been a Consultant with Dentons, the largest law firm in the world since 2013, handling their Indian origin business. Siddhaant co-founded DOOT, an Artificial Intelligence & blockchain start-up in the digital identity management space. He is a partner, director or investor in a number of deep tech, consulting, lifestyle and healthcare ventures. He serves as a Director of the India Africa Trade Council.

Siddhaant is a Director of Allsport Foundation, a NGO focused on the development of sporting capabilities amongst underprivileged communities in India. He has been on the ‘Next Generation’ committee of the Consortium for Street Children, volunteered with the UK chapter of the educational NGO Pratham, with the Delhi based NGO Routes 2 Roots which promotes cultural cooperation amongst South Asian countries, and was the Youth Ambassador for Squared Watermelon, a strategy firm that organises the 21st Century Icon Awards in collaboration with LSE, CNBC and the London Stock Exchange Group.

He has interned at a wide range of organisations including the House of Lords, HSBC, Credit Suisse, Citigroup, Ariadne Capital, ArcelorMittal, Foresight Limited and Cobra Beer.